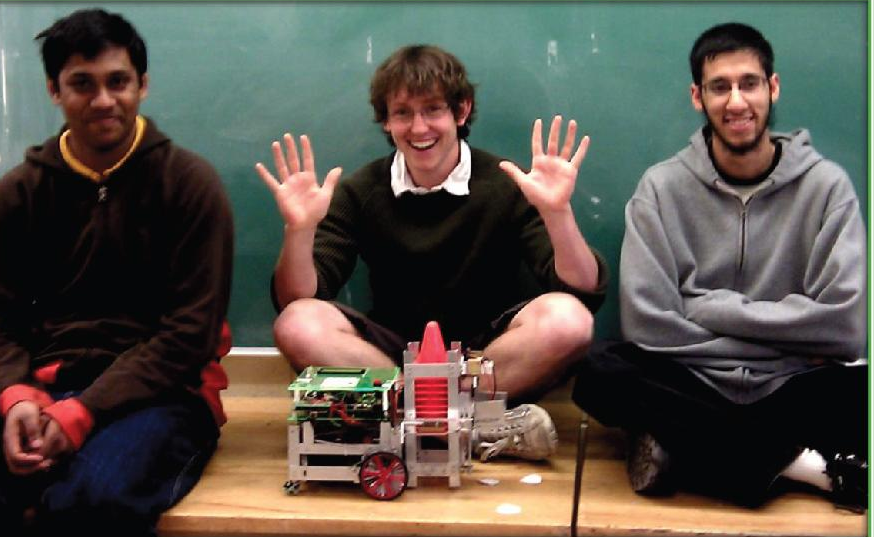 The mechine is initially positioned at Start Line in a stanby mode. After the operator enters on the keypad the distance of the centreline of the first cone from Start Line and the distance between the centrelines of adjacent cones, the operation begins by pressing a <start> button on the keypad. The machine then travels along the lane and deploys the cones within the lane in the distance apart that is given in the instruction. If the machine detects a hole in the lane it deploys a cone on the top of the hole. The next cone is deplyed either in a distance from the previous cone, which is given in the instruction, or on the next hole if it is closer to the previous hole than the instructed distance between the cones. When the machine deploys all the cones in the machine or reaches the end of the designated lane, it moves back withour hitting any of the cones and stops at Start Line. Upon completion of the operation, the machine displays a completion or termination message on the LCD and be ready to communicate with the operator the operation information, including the operation time, number of cones deployed and their location with reference to Start Line, number of hols in the lane and their location with reference to Start Line.